A History of Dog Poop: Steaming Piles to Pooper Scoopers

You might not think much about dog poop, but the history of dog poop, those little piles of dog excrement all over your yard, in your neighbor’s yard, and pretty much anywhere there’s dirt or grass is actually fascinating. Dogs have been around for thousands of years, and their excrement has always been with us – although it wasn’t always appreciated or managed in the same way as it is today. 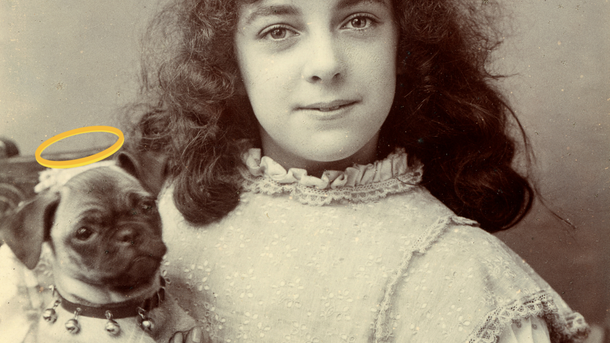 Roman centurions were said to have worn dog poop-tanned cuirasses into battle. Medieval knights wore armor made with dog poop leather that was strong enough to withstand an arrow shot from a 60-pound bow. You might even say they’re tougher than a bulldog’s hide.

Before refrigeration, dog poop was used as a key ingredient in many leather tanning recipes. The tannins found in dog poop allowed it to be used for creating some of history’s most durable leather products.

In Victorian times in London, some people used to go around the streets collecting dog waste in order to take it to Bermondsey, a leather-tanning district where the tanners paid very well for the waste.

At that time, some tanners used the poo in the tanning process of the leather that the workers rubbed into the hides, as the feces broke down the elastomeric fibers it made the leather softer and more pliable for shaping.

This kept the city free of waste, but later in the industrial revolution, dog waste was replaced by much more efficient chemicals, so the streets became dirty again.

Back when people didn’t know much about public health and sanitation, they saw cleaning up after dogs as a way to prevent human infection. They thought that dog waste might be a contributing factor in diseases like cholera. Eventually, they realized it wasn’t poo from canines that was making people sick—it was sewage in drinking water (yuck). Cleaning up after dogs was still seen as an essential public health measure at that point though; it led to new street cleanliness initiatives across Europe and North America. Communities started appointing garbage collectors, “cart drivers” whose jobs were solely focused on keeping streets free from droppings.

It was often a cart driver’s job to collect dog excrement and dump it in a designated area. In Paris, during its height as an imperial capital, there were instances of street cleaners using brooms and shovels—then called palanders—to sweep public areas clean. 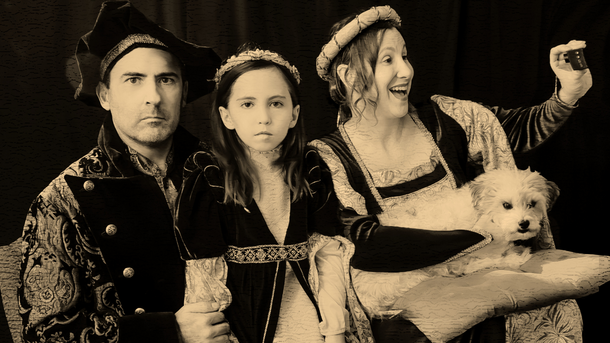 While there is no evidence that our modern practice of scooping up dog excrement with bags originated in Paris, we do know that France was once a leader in government regulation related to excrement control (not because they cared about dog poop so much, but because they cared about sanitation). In 1723, Lawyer Montesquieu submitted a proposal to make Parisian streets cleaner by setting regulations for transportation carts.

In 1907, after Teddy Roosevelt got tired of cleaning up his dog’s loose droppings from their walks, he’d carry a pocket-sized bag for that purpose and others followed suit. After WWII, dog poop bags became more and more popular, especially with women. Soon enough every pet owner was keeping a stash for quick clean-ups on walks.

The Invention of Scooper Shovels

Before 1881, dog owners were just that—owners. They owned their dogs and everything that came with them, including their poop. This led many residents in big cities like New York and London to call for mandatory cleanup measures, including monetary fines. By 1881, they’d even invented a tool for scooping it up—the first poop-scooper shovel (it was literally a shovel). With time and technology improving though, it was only a matter of time before people figured out a way to replace these messy—and smelly—scrapers with better tools.

When it comes to dog poop history, no city has been more proactive than New York City. The Big Apple is where poop enforcement started with one very big push. In 1970, Helen Bernstein noticed her kids playing in dog poop on her block and she took action. She called up everyone on her block and suggested they get together and write letters about how bad it was that their kids were being exposed to it (she also got help from Assemblyman Charles Schumer). She had something like 15 people agree with her at first but as she talked about it more people came around.

NYC lead the way with bold changes, first enacting the Pooper Scooper law in 1978.  Though New York City Council could not be convinced, it was so controversial that the Mayor had to call in state legislators to pass it. New York Times reported that the state’s foremost fighter against dog dirt was actress Fran Lee.  Laws regarding dog waste removal were soon followed by major cities across the US. 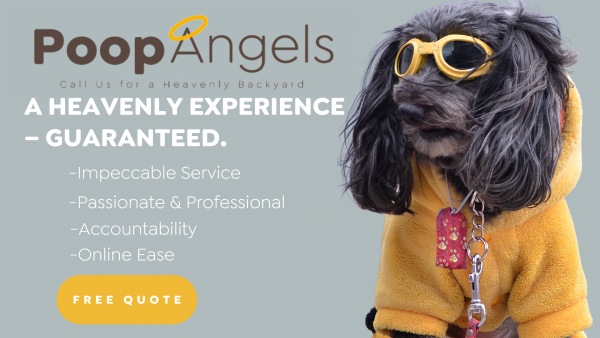 Today, we have many more options for dealing with dog waste than our ancestors did.  You’ll find several necessary tools for pickup, including bags, gloves, paper towels, and manual pooper scoopers at your local pet store. Having a regular schedule for picking up is important. Not only will you need to pick up your dog’s waste, but you also need to consider how to dispose of the waste. We suggest disposing of your bagged dog waste in a separate can or placing it in your primary garbage bin (the big one that sits outside your home).

The ultimate solution for dog poop clean up

Wow, that’s a lot about dog poop, right? We hope you found this article useful and learned something new. We opened this blog post mentioning that you may not think much about dog poop. We want to give you the opportunity to go back to lovely oblivion. Forget about dog poop completely! Poop Angels is the ultimate solution for dog poop clean up. Let us help with the least favorite chore in your life!